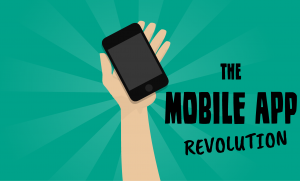 What is the mobile app revolution?

Simply put, it is the growth in technologies that allow us to complete tasks via our mobile devices that were previously completed through desktop computers.

The mobile app revolution started when the iPhone was released. Apple allowed developers to create their own apps to sell/distribute via the Apple store. It allowed anyone with programming skills to develop programs that they could sell to the general public. Fast forward almost a decade and we have come to a stage where mobile apps are no longer a novelty. People use their phones for almost everything and customers expect even the smallest businesses to have some sort of presence on the internet that they can access through a mobile device.

Why should Small Businesses consider embracing the mobile app revolution?

According to the Q2-2016-Australian multi-screen report, 81% of Australians aged over 14 own a smartphone. Every month we are seeing an increase in the average time spent on smartphones. So why not make it easy for the customers to get access to you?

A mobile app doesn’t need to just be for your customers. Having an App can support the processes that you have in place. We can create an App that will automate time-consuming processes, saving you time and money.

If you have been thinking about developing an app for your business, then now is the time to act. We are currently running a promotional offer for small businesses. Your business could have a dedicated app for $1/day. Contact us for more information. We believe all companies should be able to say “We have an app for that”. Claim it now as it is only available for the first 25 customers!